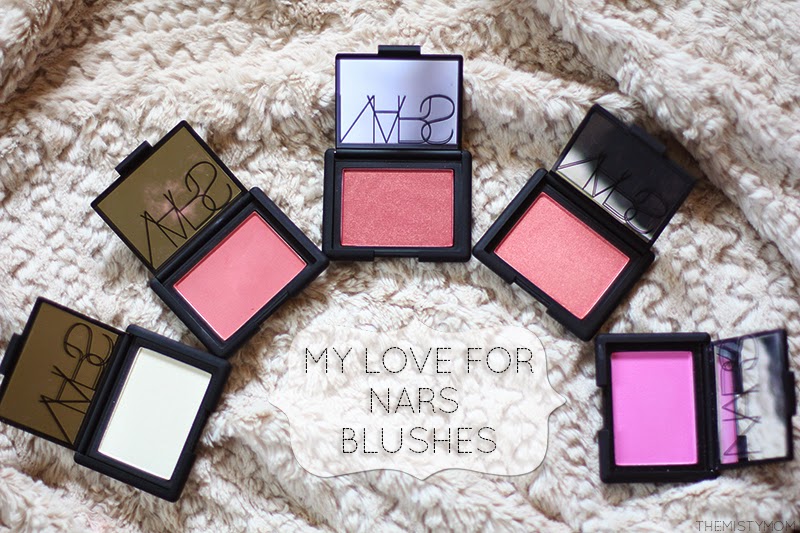 NARS blushes need no introduction. They pretty much made the words Orgasm, Super Orgasm and Deep Throat colloquial language among makeup enthusiasts and professionals alike.

My initiation into the brand was actually the cult favorite, Orgasm. I bought it back when I wasn’t very much into makeup yet and was the first pan of blush I ever finished. Since then, I haven’t strayed from the brand. I picked up a few Chanel blushes, but as I mentioned in my previous post, they’re not particularly my favorite.

I did however, recently pick up a Chanel blush I’ve been using everyday because it’s the perfect pink blush I found for my skintone. That’s for another entry, though. For now, let’s stick to these NARS babies.

There came a point in time where I wanted to collect all the NARS blushes because the shades looked just too beautiful in pan. But then I came to my senses and realized they look almost the same on me — peachy pink, pink, tangerine. 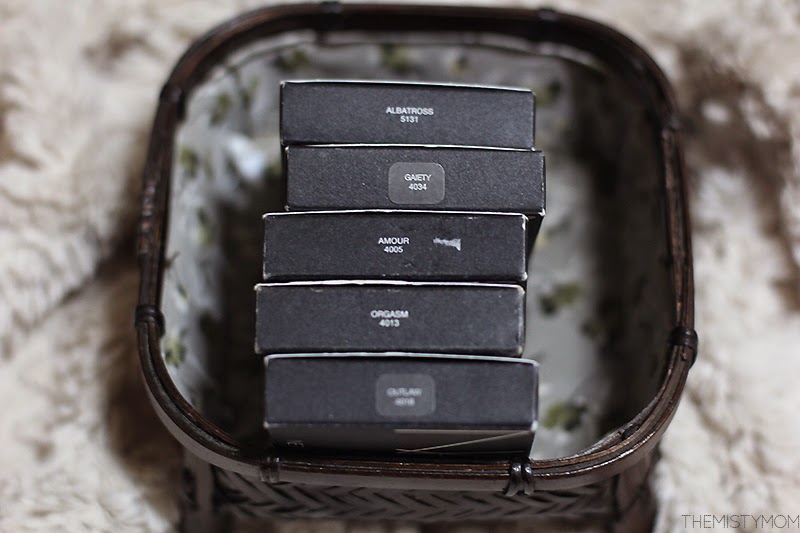 I have some blushes and a highlighter — Amour, Gaiety, Outlaw, Orgasm, Gina (not photographed here but swatched below) and Albatross. I photographed these late last year so they still look brand new. 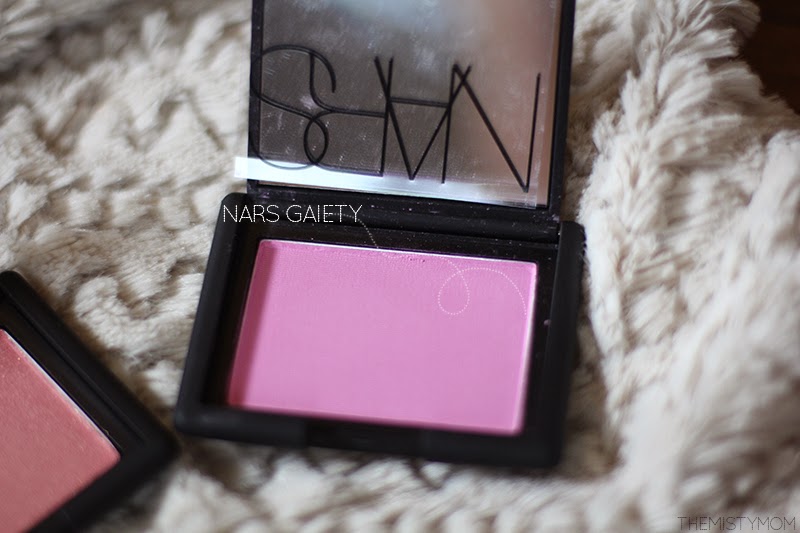 Gaiety is a very cool, blue-toned bubblegum pink that I surprisingly like because I thought it wouldn’t work on my yellow-toned Asian skin at first. It goes on very sheer so it needs to be built up to show on the skin — which is something I appreciate with blushes this intense-looking in color. It gives off a slight sheen instead of being flat-out matte. 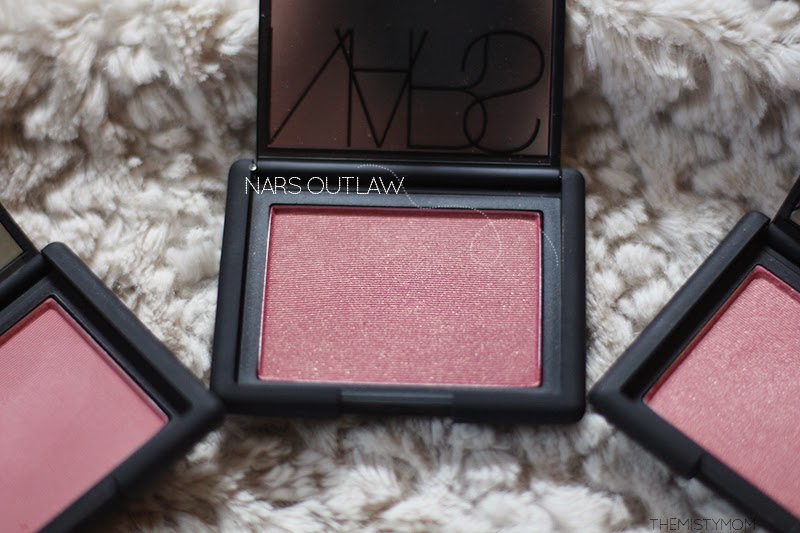 Outlaw is a medium-dark raspberry with a golden shimmer-sheen. It’s a plummier, more pigmented version of Orgasm. 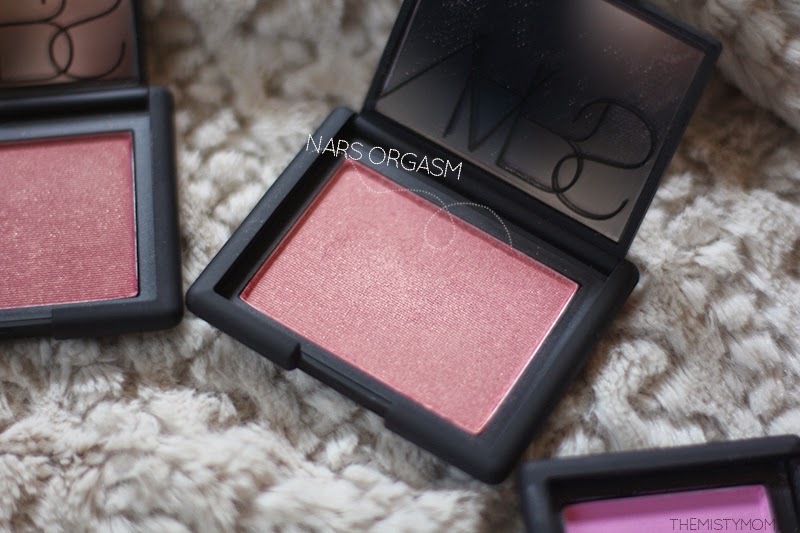 Orgasm is a warm peachy-pink blush with gold flecks that give out the nicest iridescent sheen. It’s not quite pigmented so it can be built up like Gaiety. 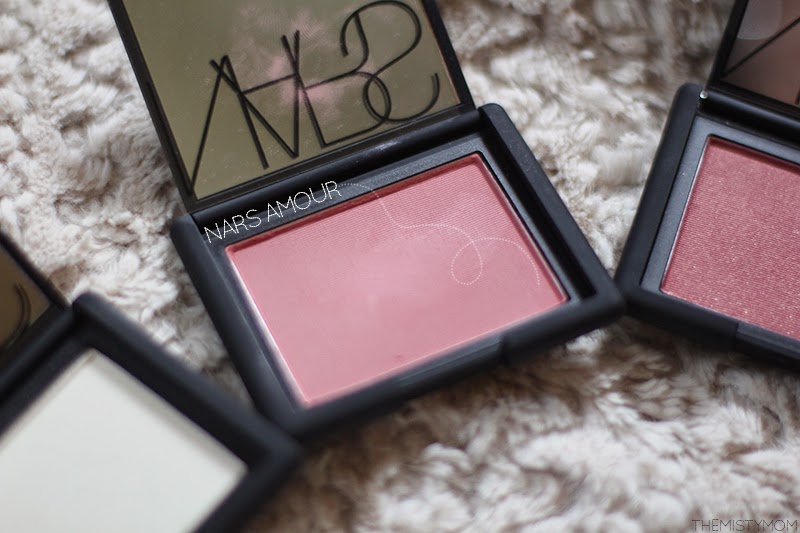 Amour is very similar to Orgasm except that it’s matte so it’s sans the golden flecks and glimmering sheen that the big O (hihi) has. It’s not quite the same in color as I find Amour less peachy but a bit redder. It’s also the more pigmented shade of the bunch. I use this quite often for a no-brainer blush that  doesn’t overpower my eye makeup or when I’m sporting a statement lip. 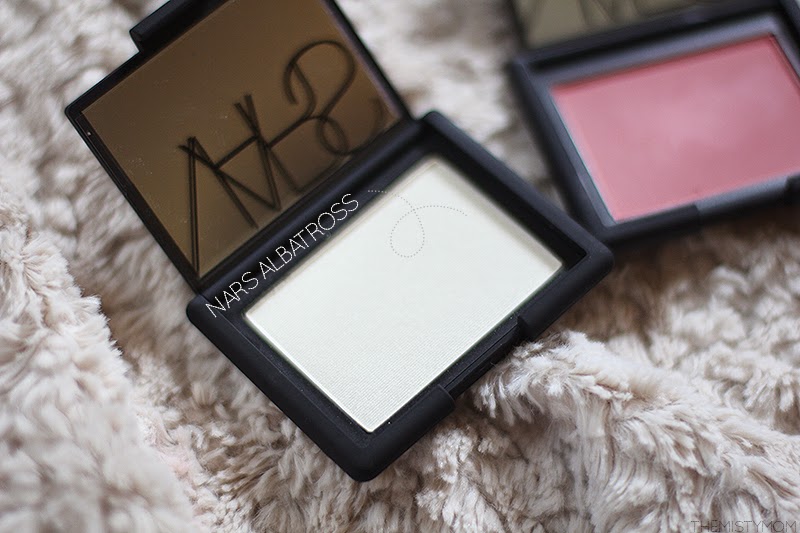 Finally, we have my go-to highlighter — Albatross. If Laguna is the cult bronzer, then this is NARS’ cult highlighter. It looks like matte white eyeshadow but it’s actually a creamy, beige and silky powder with similar golden flecks as Orgasm. I’ll do individual reviews on these blushes soon so you can see all the hulabaloo I’m talking about. 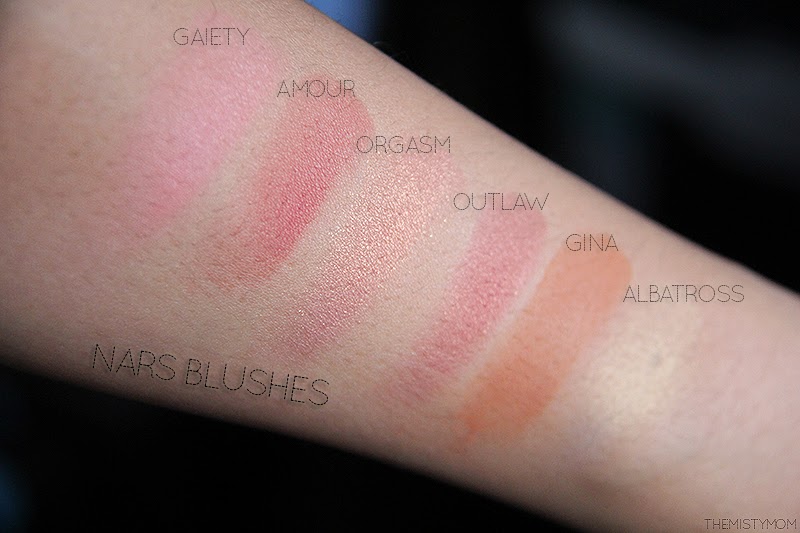