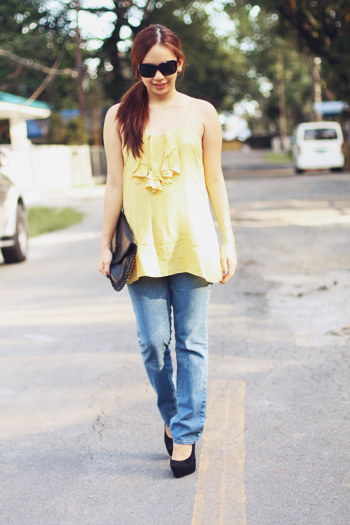 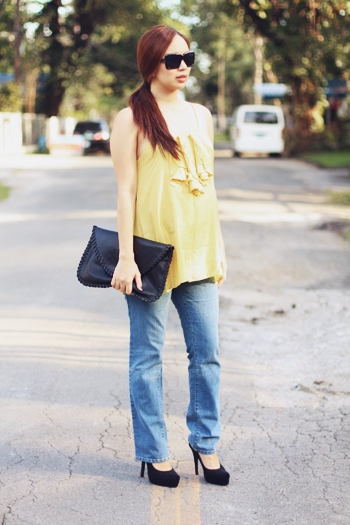 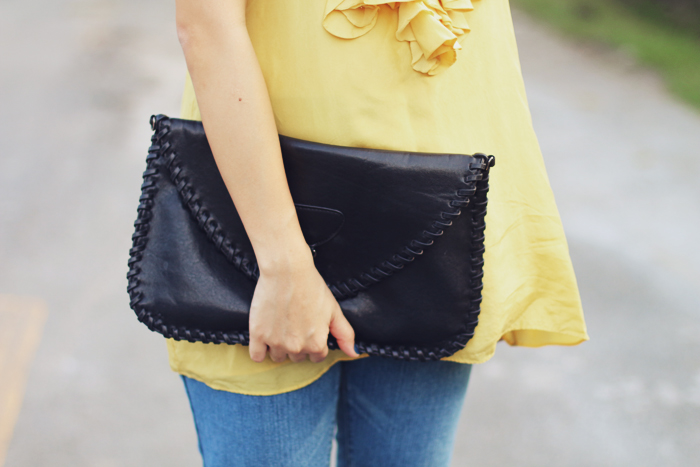 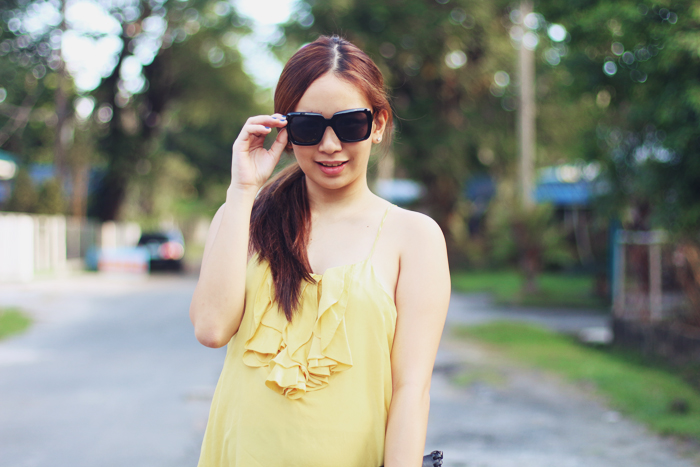 I’m no fashion blogger and this blog is in no way intended to be one — but I thought chronicling my maternity wear would be a fun feed to see in the future after giving birth. So here it is! I’ve mentioned before that I only have three-four legit maternity wear that I’ve purchased because I don’t want to shop for pregnancy clothes… and until now, I still only have that much. The pants I’m wearing in this photo are actually maternity pants! I should’ve photographed the black stretchy part of the denims! And for the HEELS — it’s pretty much common knowledge that pregnant women shouldn’t be wearing heels. If you knew me, I pretty much lived in heels prior to getting pregnant — while working, when going out, etc. I was a sky-high shoegirl, with shoes lower than 4-inch-heels not considered as high enough. YES. But that all changed when I got pregnant because I was made to believe that you just can’t wear them despite not knowing why clearly and elaborately. So of course, I had to ask my OB to enlighten me on this phenomenon and why it is so. All she had to say was — if you can wear them with comfort and ease, go ahead! The only risk is falling badly and hurting the baby because of the fall. But if I can walk comfortably and in a stable manner, then there aren’t any intrinsic risks just by wearing heels. Myth solved! Of course, I didn’t plan on running around the mall with these as photographed above. I actually just wore them today for the sake of experiencing how it feels to be like Jessica Alba or Kourtney Kardashian strolling around Hollywood in 4-inch-heels while 7 months pregnant! It wasn’t bad at all!! Just that I would probably strain my back if I wore it for an extended period. If I were to attend an event where all I’d do is be pretty and sit the whole night, then I wouldn’t think twice to use them. But for everyday, I would rather just go back to wearing these skyscrapers after giving birth — and that’s in just 2 more months!
Did you find apk for android? You can find new Free Android Games and apps.