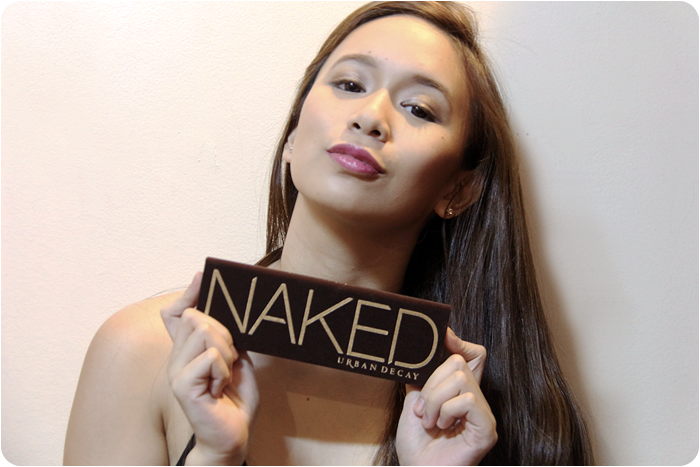 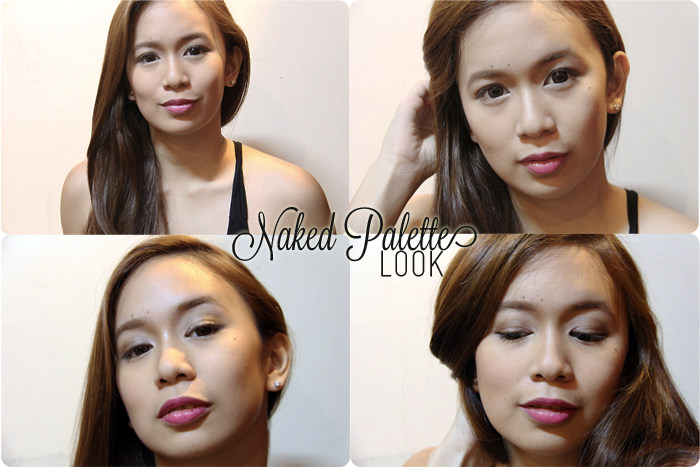 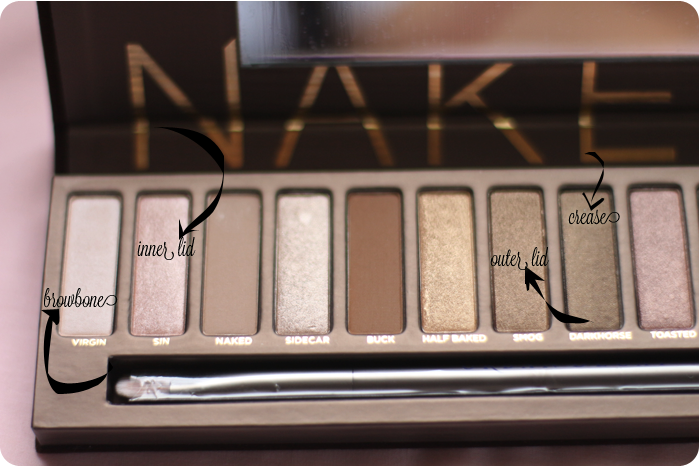 I’ve been playing around with my Naked 1 palette almost everyday trying to play catch up on the eyeshadow skills I’ve clearly missed out on in the first few years I’ve dabbled on makeup. My staple eyes have always just been mascara on the lashes and eyeliner on the upper lashline — that’s it! How absolutely boring and unimaginative. After a few days of wearing eyeshadow, I can’t believe I used to skip this whole part of the makeup magic!
Moving on to the look, I used four different shades — Virgin for the browbone and the inner ducts; Sin all over the base lid, Smog on the outer 3/4 of the lid and Darkhorse on the crease. It’s a pretty simple and I believe, popular look among Naked fans. As you can see, I’ve used very shimmery shades, no matte at all, but on my lids — they don’t look overpoweringly scintillating.
I also used the Urban Decay Primer Potion in Original before putting on all these. And can I just say — the small glitters stay put and don’t make a mess all over your cheeks and face. I really love the primer and can’t wait to get it in SIN or EDEN, its two other variants! I have oily lids and I must say that this really helped in controlling that issue. And because of that, my shadow stayed put for a good 7-8 hours!
The eyeshadow brush that comes with it is another story though. Initially I thought it was a good one being densely packed but it performs poorly when it comes to product pick-up. Also, it’s a bit too big for my eyelids so I have to sweep it carefully or I’d also be putting way above my crease.
That’s all for now — next time I’ll be playing around with the matte shades too!

Ladies — what’s your favorite Naked 1 color combination?
Will try it for my next looks!
Did you find apk for android? You can find new Free Android Games and apps.