Want create site? Find Free WordPress Themes and plugins.
Day 1 in this majestic city was actually the day of our arrival. I have no photos to share from that day as we arrived in the evening and just got stuck in one place because it was raining so hard with the streets around us all flooded, not to mention the insane bumper-to-bumper traffic! We spent almost 2 hours clamoring for a way to get out and move on from there. We were actually stuck in a newly-opened mall near our hotel — where we only planned to eat dinner at because we were already too famished to search for something else elsewhere.
These photos are from DAY TWO — our city tour which consisted of temple visits and a trip to their famed Gemological Institute. They have quite a number of temples, of which we only visited few of because we weren’t exactly on a temple pilgrimage and didn’t want to get tired of seeing such majestic works of man. All these temples, at least the ones we went to, are HANDMADE! Can you believe how many years and how much people worked on just one temple alone?
Anyway, I’m babbling so let’s move on to the photos! →
These photos are all from Wat Traimit, the Temple of the Golden Buddha. This is 15 feet and 9 inches, 5.5 tons of pure unadulterated 18k gold estimated to be worth $250 million dollars! It is the world’s largest solid gold statue and is over 700 years old. 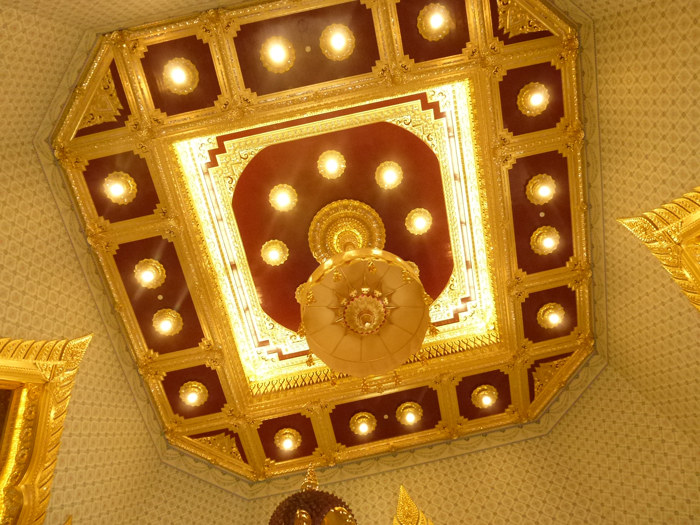 Every beautiful detail in each temple has been preserved for centuries! I am amazed at how the Thais have kept their beautiful temples looking as if it had only been built a few years back. I wish the Philippines had also taken care of its local tourist sites, not destroying it and building Starbucks franchises instead (case in point, Intramuros).
We didn’t free the birds but now that I thought about it, maybe we should have! For only Php 135, we would have freed poor and innocent birds being used for money and ‘fate’. I wonder though if maybe someone is waiting somewhere to capture them again and put them back in the same cages. 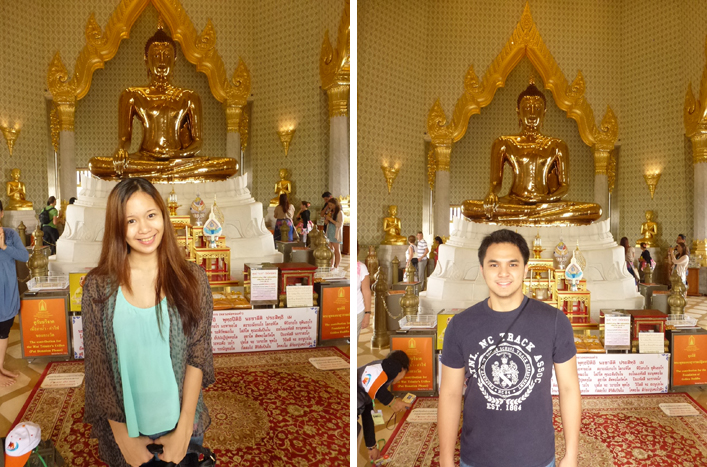 My outfit of the day is blah! We woke up an hour late for our scheduled pick-up time for the tour that I only got to take a shower and put on clothes before leaving our hotel room! Also, I didn’t plan on wearing jeans but I read from a pamphlet that they don’t allow shorts and sleeveless tops inside the temples so I had to wear my jeans (maternity jeans, take note!) and a cover-up. Hence, one of my planned outfits for this trip had gone down the Chao Phraya river. Oh wellz! My face of the day consists of nothing but my trusty Smashbox stick concealer. 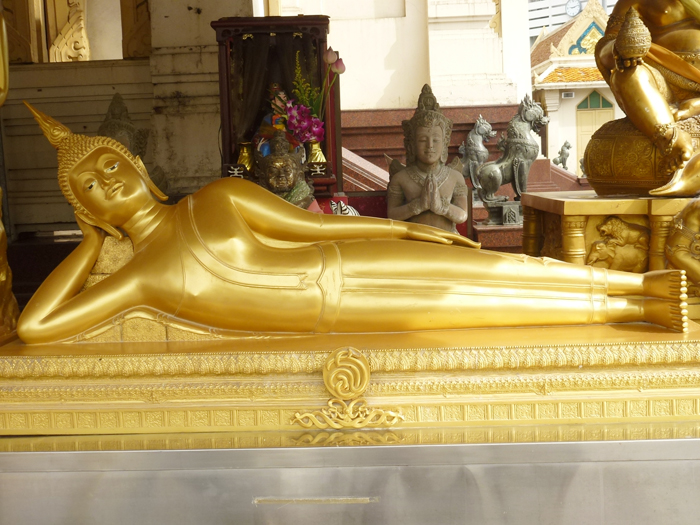 I told my hubs that this was my favorite buddha, the Reclining Buddha, which I believe is the buddha for Tuesday. Everyone is either seated or standing, but this one is posing! I love et! 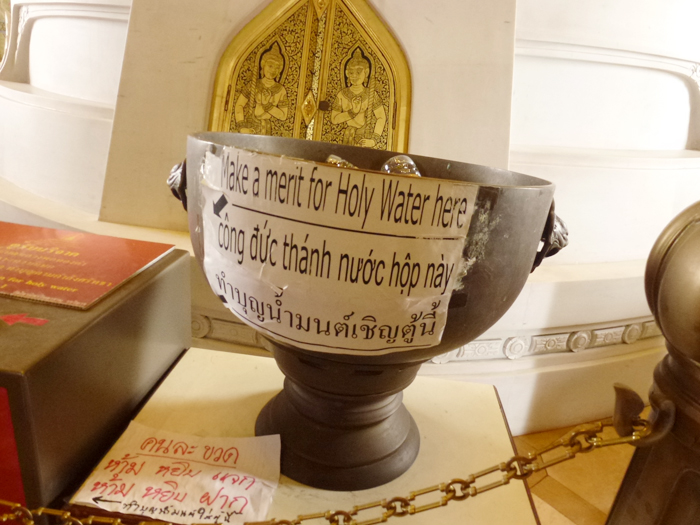 Even buddhists have this notion of indulgencia! 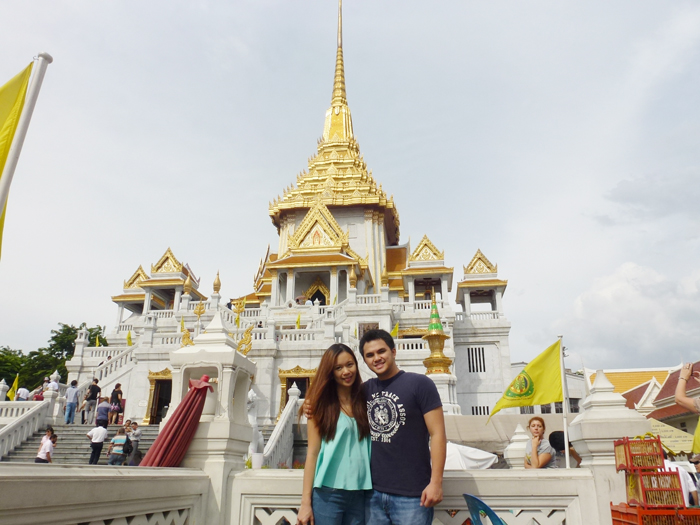 Beautiful photo of the temple from afar. Just look at old that gold! Saudi ain’t got nothing on Thai gold. 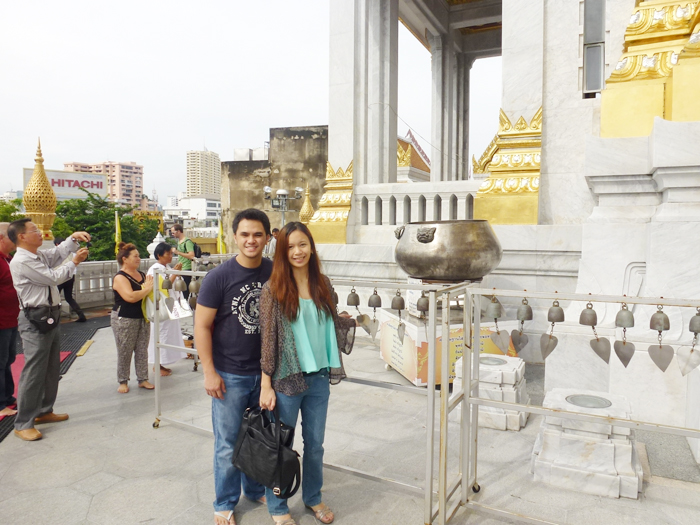 See the big pot behind us? They say that if you toss a coin with your eyes closed and it goes in, your wish will come true. I tried and succeeded — on my second try, ha ha! After, you ring all the bells also seen above for prosperity! 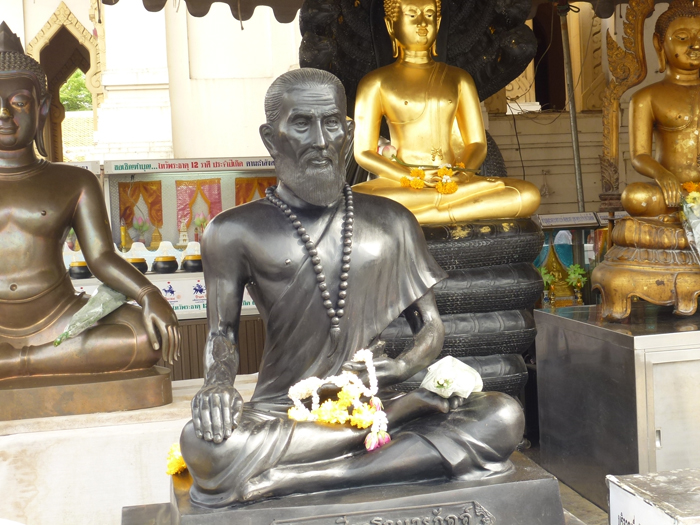 He is the Buddha’s first teacher – teaching them about the ways of life and how to always give to the poor and suffering or the dukkha (which made me wonder if we got our Filipino term ‘dukha’ from them!). 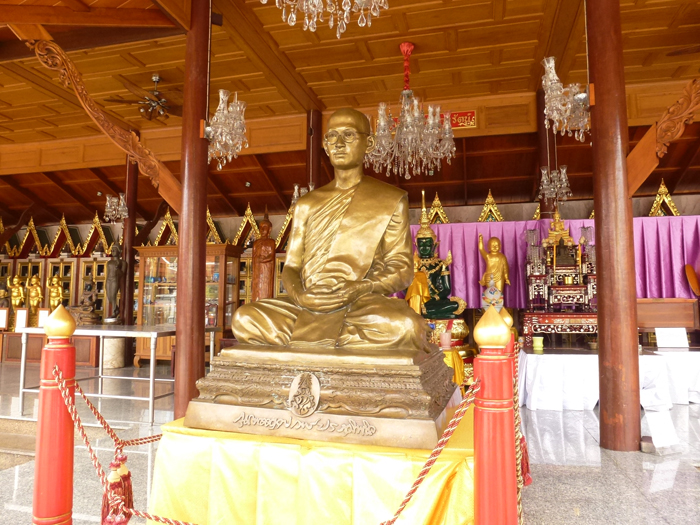 This is the Thai image of their king. They undergo the training of being a soldier and a monk before they become fully KING. After, they continue studying and learning in all subjects they can dabble into to be able to further contribute to their country’s development and progress.
Just me being confused on whether to take photos from my digital camera or my iPhone! 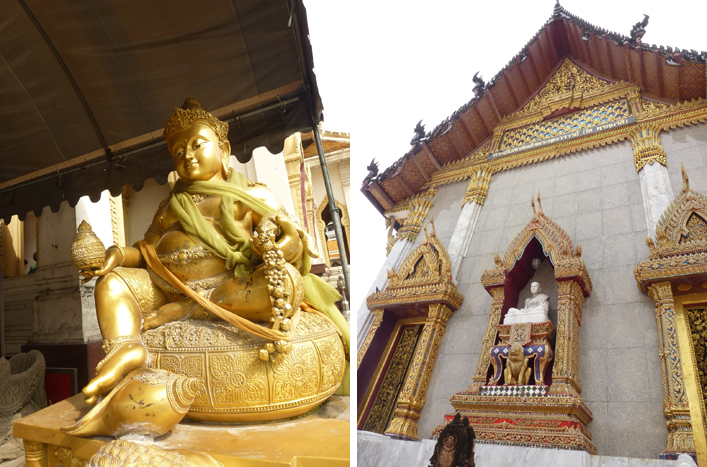 Still on a temple high from that temple run! Amazing Thailand, truly! I can’t wait to share more of our Thai adventures — stay tuned for my shopping escapades which comprised more or less 80% of this trip!
Did you find apk for android? You can find new Free Android Games and apps.