Want create site? Find Free WordPress Themes and plugins.
I used to take this makeup product for granted because I never found the right one for me. So last year before receiving this beautiful saving grace as a gift, I’ve been skipping the the use of mascara entirely! Imagine how much of a loss I suffered in the beautiful eyes department during that period. Thankfully, my mother-in-law introduced me to this simple yet HG-worthy mascara that I couldn’t look at any other mascara in the market. 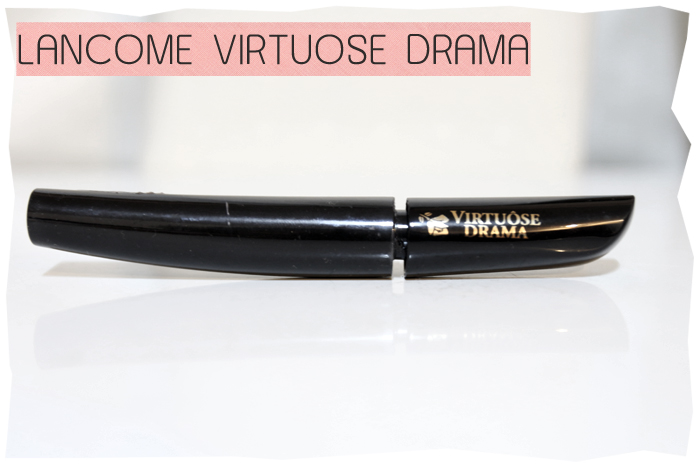 So here’s the simple no-fuss promises of what this mascara aims to deliver:
✓ The 1st mascara with double lifting lash effect (this was released back in 2010). Lashes are lifted at the roots and at the tips with a lash lifting brush, custom-designed and tested on Asian lashes.
✓ Ultimate curve is combined with dramatic length.
✓ Total smudge-proof formula. Easy removal.
Pros: Let me make the story short and tell you that I give it a check on all three categories. This product works so well for me because listed above are the key ingredients I look for in a mascara — lengthens, lifts, holds curl, doesn’t smear nor smudge. This product is fantastic in doing just those. Especially the smudging and smearing which I absolutely can’t take (as well as with eyeliner) that’s why I skipped mascara altogether in the past year. Virtuose Drama is so amazing in this department as I’ve never experienced any smudging or smearing in the past year I’ve been wearing it. Also, it doesn’t hold on as much product as Benefit’s They’re Real mascara in the applicator. It then glides on smoothly to your lashes and dries quickly so mess is avoided.
The trick to using the perfectly curved brush is to place the applicator at the root of your lashes, hold it a while, twist and then brush up. Separating the lashes is also made easier by this strategically structured brush so no ugly lash-clumping occurs.
As for length of wear – it lasts a great 10-12 hours on me (with no major sweating involved though!). 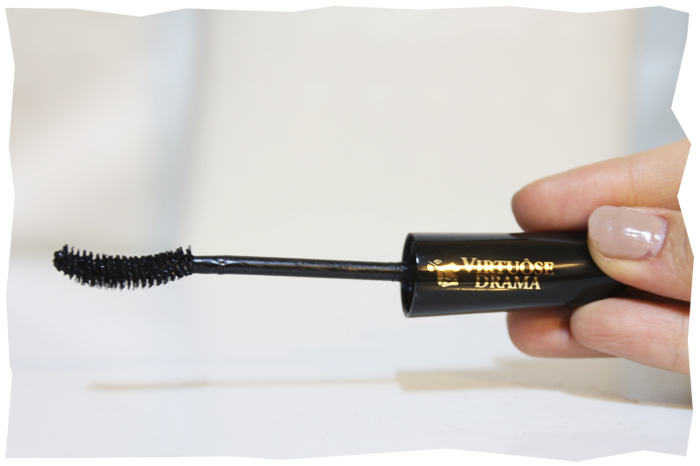 Cons: The mascara doesn’t provide as much volume (as let’s say Benefit’s They’re Real), which is a key factor most people look for in a mascara. For me however, it provides just the right amount of volume. See below in the photo that I have decent lashes that are not too sparse nor too thin, so two coats of the product provides enough volume for me. Another con, the mascara isn’t waterproof. However, I’ve attended a wake where I cried but there wasn’t any smear nor smudge, the mascara just turns into some tiny particles that can be wiped off easily.
Price is a bit steep but for all these great perks that will last you a good 6 months for one tube, the retail price of around Php 1795 will be a great investment.
Bottom line, it is a great everyday mascara! Not for going out and having full-on lashes but rather for day-to-day wear. Enough words, I’ll let the photos speak!

I’ve never been so loyal to one product that’s not foundation. Usually, I keep on trying and changing things up but with this mascara, I’ve been happily satisfied. I’ve yet to try Lancome’s newest innovations such as the Hypnose Doll Eyes as I’ve heard great reviews about those as well.
What is YOUR fave mascara, love? Do share please!
Did you find apk for android? You can find new Free Android Games and apps.