Want create site? Find Free WordPress Themes and plugins.
Let me start off this post by saying that my hair has been through A LOT in life. My mom used to own a salon which let me discover the wonders (and some failures) of hair treatments and other vainglorious girl indulgences.

My first ever hair treatment was a RELAX — a straightening method that doesn’t involve the dreaded bringer of wispiness, the flat iron, but rather lots and lots of blowdrying to achieve a volumized effect. After a year or two when the relaxed hair had grown out, I got a REBOND (L’oreal Xtenso) which started the scary regrowths that produced obvious creases in my hair. Because of this, I had to always get it re-rebonded two years after or so. I probably underwent rebond a maximum of four times in 8 years till my mom advised me to stop killing my hair. 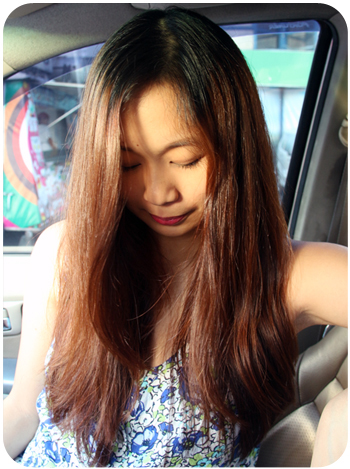 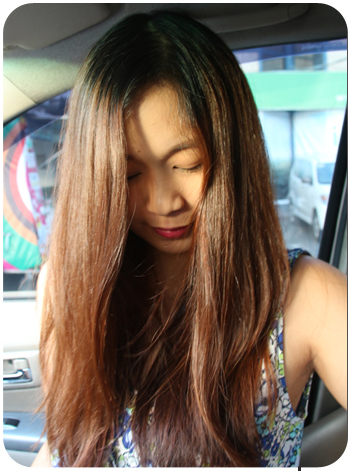 Regarding COLOR, I have had my hair colored since I was in 3rd or 4th year high school, I can’t exactly recall. I have never tried cellophane or highlights though, just full permanent dyes.

It’s been how many years since I started my love/hate affair with hair treatments and above is a testament to how abused my crowning glory is already. Just last March however, I got a Keratherapy treatment which tamed my hair down for quite a few months but then now it’s back to its used and abused state.

Anyway, since getting pregnant, I wasn’t able to do any hair treatments as I was afraid of the effects on my darling baby girl. However, after consulting my OB Gyn, she said that I should just wait out until after the first trimester to do treatments as precaution. Also, she suggested an ammonia-free colorant as further precaution when I do decide to get any treatment. 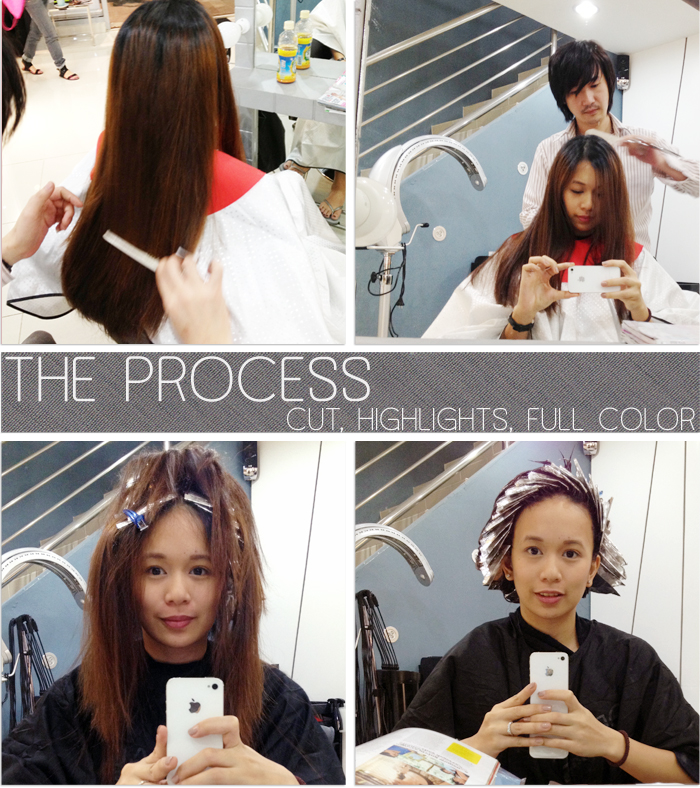 I went to a relatively new salon ENTICE (nope, this is not a sponsored post!) at Ortigas. Being a patron of Emphasis Salon for years, this was a big decision for me. I’ve read good reviews about their creative director, Korean hairstylist William Wong so I booked a session with him. He evaluated my hair and suggested I get highlights — which as mentioned above, I have never tried before. I agreed to do so with a personal request of them not looking too contrasty with my base color, which I wanted to change into a darker chocolate brown, not reddish-mahogany-auburn color that I already had.

Before this whole process, William also offered to cut my dry and splitting ends, as well as fix the shape of my hair before the treatment — for free! I was hesitant at first because I never have my hair cut by anyone else but my stylist in Emphasis, Ben. But I also felt inclined to since I wanted to see how William does his ever famous techniques on cutting hair. So, I gave in. I like how he thinned my hair out without making it too wispy (which I absolutely hate). My hair felt lighter and looked healthier without the ugly split and dry ends plaguing it.

After a span of 4 and a half hours, let me share with you the finished product. This was not ironed nor blow dried in style, as we are used to after getting our hair done at a salon which makes us feel ever so satisfied only to feel disappointed once we’ve showered. After 4.5 hours sitting on that chair waiting for results, I requested to have my hair just AIR DRIED meaning finger dried. And ta-da! I can’t be any more satisfied with my hair color. I pictured it lighter but then again, I didn’t want to be shockingly blonde or else I would have cried. 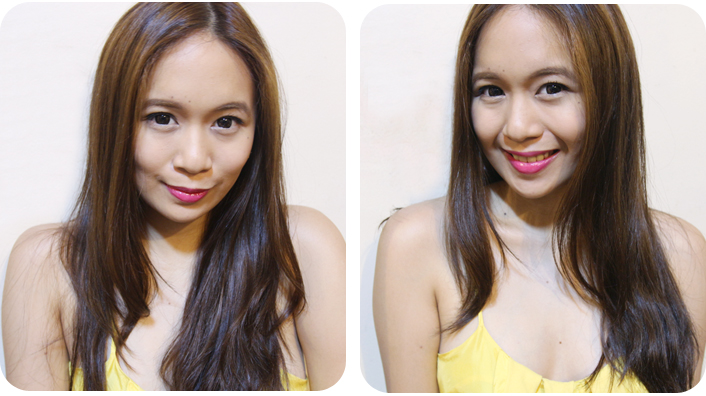 What do you think, guys? Would love to hear your comments below!
Did you find apk for android? You can find new Free Android Games and apps.